Interview with Alex from Deadlight Entertainment

Today's guest has provided me with a few superb promos over the years. Without him I probably would have never discovered bands such as Witchthroat Serpent. One of my fave current Doom/Stoner Metal bands he has released on his great label – Deadlight Entertainment.

I wanted to find out more about Deadlight Entertainment as it's a pretty cool label doing a damn good job releasing superb records from bands such as Witchthroat Serpent and Cult Of Occult.

Alex has kindly agreed to do this interview. So let's see what he has to say...

Hi Alex. How are things with you today. Thanks for doing this interview.

Hello my lord! I am fine today, packing stuff, under a great weather while listening to a local band I like called Kobaye Corp!

We are hear to talk about your awesome record label – Deadlight Entertainment. How and why did you start that label.

I am pretty much used to say “pure coincidence!” I was a musician since my teenage years (I even used to play with a guy who could suck his own dick and who is now a famous fisherman) and a friend decided to start a record label and asked for my help. The label was called Plague Within Records and released the solo album of Joe Falzone aka Joe Frustration the singer of US hardcore band Tears of Frustration.

After one year of existence, I was pretty bored by it. I was in NYC for a time as I was involved with NYC based horror movie company Hallows Eve Films and we were shooting our first movie “The Turnpike Killer”. During a break we went to see Exodus at BB King with Evan Makrogiannis, one of the founder of Hallows Eve Films (and a true brother) and we had a chat about music, the label etc. He told me “Man you should leave this label and start your own!”

Was it an easy or hard process starting the label.

It was pretty hard as the little experience I had through my past label was not the good one and I was not living in the most rock n’roll region of France! 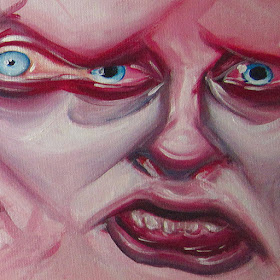 You've released a ton of great releases over the years from bands such as Cult Of Occult, Witchthroat Serpent, amongst others. Did you ever expect to sign or work with an impressive amount of artists when you started the label.

In fact the the first aim was to release the album of my friends from South Impact and I wasn’t expecting to be there 8 years after with more than 50 releases.

Do you have a set of rules when signing a band to your label.

I must have a crush on the band: music, name, attitude, concept, artwork. Which happened with the newly arrived NUISIBLE!

Our scene has a lot of great labels doing their own thing. Ripple, STB Records, Riding Easy, Magnetic Eye, Lay Bare Recordings, Pink Tank Records and Burning World Records. Are you a fan of those labels. Have you asked them for advice when starting your label or releasing certain records.

When I started the label I wasn’t in contact with any label. Today I have great relationships with a lot of great labels.

Your label covers a wide range of music within the Doom/Psych/Sludge/Stoner Metal scene. Though you do explore into the more extreme side of metal.

Well, Deadlight is not a label into those styles you quoted. I am a very eclectic person when it comes to the music and when I look at the 50 releases I can find hardcore, death metal, doom, sludge, black metal. But only quality! Speaking of doom , sludge etc I am pretty proud to have Witchthroat Serpent and Cult of Occult which count among the best acts from France’s doom, stoner, sludge scene. 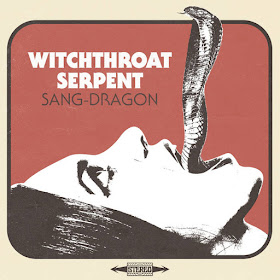 You've released records on CD and DD. Would you ever consider doing Vinyl. Obviously a very expensive process. How do you decide which bands albums to release on which format.

I rarely do vinyl as I am not a big vinyl buyer. I come from the CD generation and I grew up buying TONS of CDs (which I still do!) and some cassettes! Of course I have some vinyl's at home (I bought 15 used records during a trip in Oslo last month) but to me the current buzz around vinyl looks like a trend.

If you could change anything within the Independent Record Scene what would it be and why.

Has it surprised you how well people have taken to your label and buying your products.

A lot!!! When I started, people who knew me said my business won’t last 3 months and 8 years later I am still here (and they are not!). Also I feel very proud to work with talented musicians and to have helped in a lot of bands evolution. Even if musicians are not the most grateful people on earth.

What is your view on labels providing digital download codes with their labels. Some labels do provide this but some do not due to high costs.

Sun shines for everybody. I think every label has its own way to work. 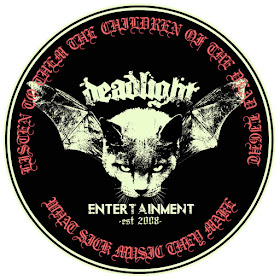 Respect the music! Come out and zouk! My greetings to my son Milo and the current label bands!

Well Alex, thanks for doing this. All the best with the label and your future releases.

I want to thank Alex for taking the time to talking to me. Check out his fantastic label – Deadlight Entertainment and discover some great bands that he has released over the years.