Here's an interview that I did with San Diego Spaced Out Stoners – NEBULA DRAG. The band have recently released their superb debut self-titled album and it plays out like a warped psychedelic and nightmarish journey at times.

It's a heavy and often dirty sound that you all need to check out. You can read my review of their debut album here. I wanted to find out more about Nebula Drag and they agreed to do this interview....

Hi guys. How are things with you today. Thanks for doing this interview.

We're good! Thanks for asking

So why did you choose the name Nebula Drag for your band.

How did the band get together. Did you all know each other before forming the band.

(Corey) I started the band almost 2 years ago with a different drummer and bass player. We did a few shows but then the drummer kicked out the bass player, and then I parted ways with the drummer. I had almost a full albums worth of material and I had a few friends playing Drums, but they were busy with their own bands. I had to post an ad to find a drummer. That’s when I met Stephen Varns, which was great. We clicked immediately. He had experience playing with Chiefs, and a lot of our musical taste is similar. I had met Mike previously, he had a bass and wanted the gig, so we were ready to start practicing.

How would you describe your music.

You've just released your new S/T album. What can people expect from this album.

Was it a hard album to write and record for. As it has a wide range of different sounds and ideas running throughout the album.

(Corey) Some of it was tough to write and learn, but we still wanted it to be kind of groovy and not all techy. It also had to be heavy, but not necessarily in a contemporary way, or like what a lot of other bands are all trying to sound like these days. We recorded the albumin 3 days. We tracked the drums, bass and guitar tracks all together, keeping the best take. Then I added another guitar track and noise track in some songs. For vocals, I just double everything. We recorded to 2-inch tape at Audio Design here in San Diego. Jordan Andreen was the engineer. He's got major talent and has worked with Earthless, Joy and other guitar heavy bands. He has a good idea of what we like so that helps. By the way, we actually bartered for our studio time. I'm a carpenter, so we traded services, we didn't spend any money on the actual recording. I had another friend master it for us. He did it for free.

Your releasing this album yourselves. Will there be any physical copies being released soon. If so can you give any further details.

(Stephen) We are working on a small quantity of CDs right now; they should be available by the middle of June. The sales from our Bandcamp site and the CDs will go directly towards funding Vinyl copies of our self-titled album. Unless of course we get the album picked up by a label who wants to help get our message out there.

How hard is it being a band in today's world. What are the most difficult aspects in being in a band.

(Corey) I guess it depends on how far you want your band to go. I have a 5 year old daughter and am self-employed. Stephen has a full a time job, girlfriend, hellish commute, etc. Mike works full time too. But we love making music together. Most artist these days pretty well much give away their hard work, because it's next to impossible to make a living from it, but they have to express themselves and be heard (or seen). That's us. We enjoy what we're doing. I also think we're aware of how fragile it is too. These days I think it takes a pretty serious commitment to make time to be in a band. Even if you’re only playing out once a month or so, and especially if you really want to be as good as you can. It takes a lot of work and money being in a working band. 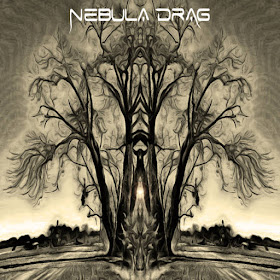 What is the song-writing dynamic in the band. Is it a group collective or down to one individual.

(Corey) I do a lot of the writing. Stephen helps a lot with arrangement and keeps me from drifting off into space. Everybody contributes something though.

Do you get to tour regularly in your home-town of San Diego, CA. Is there a vibrant scene for you to do regular gigs or do you have to travel further afield.

(Corey) We play 2 or 3 times a month locally. San Diego has a pretty big scene. Soon We will be doing stuff in L.A., Orange County and other parts of So. Cal. We're also talking about the logistics of a small west coast tour. We're open to anything though and look forward to going as far as we possibly can.

When recording new music or playing in the studio, do you use an advanced set-up or a basic set-up. Can you talk us through which gear your currently use.

(Corey) We do have a 24 track digital recorder, mics, etc. But we usually keep track of ideas and songs with our phones or whatever. I prefer Gibson Guitars and currently use a Soldano amp through 2 Ear Candy Buzzbomb cabinets, plus my pedal Board

Was there any specific album, group or artist that inspired you to become a musician.

(Corey) Not that I recall, I just always wanted to play guitar.

Is Nebula Drag your main band or are you involved with any other projects.

We put a lot of effort into this band so it would be pretty tough with our schedules to play in other bands.

What have been your favorite records you've listened to this year. Any particular records that standout for you in 2016.

(Corey) We like the group "Wand" a lot and think their album ‘Golem’ is killer. I was really into ‘Philm’ and was pretty bummed when I heard they broke up.

(Stephen) There’s been a couple awesome releases from our buddies in ‘Desert Suns’ and ‘Beira’ this past year or so, check them out. (desertsuns.bandcamp.com) (beiramusic.bandcamp.com)

(Corey) just that we're extremely thankful for the support and that we hope to come play in your town.

Well guys, thanks for doing this. All the best with the new album.

Thank you for the support, we dig what you guys are doing at Outlaws of the Sun!

Thanks to Nebula Drag for taking the time out to talking to us. Check out their excellent debut album below.