Matthew over at Taste Nation LLC - A Music Consortium, has been harassing me for a while to do some interviews together. I said sure, why not. We're both admirers of all things LOUD & HEAVY. The next part was deciding who to interview. Matthew suggested German Sludge/Stoner Rock collective – Slow Green Thing.

I thought that was a great idea. I had just listened to their new album – II, and thought their new album was superb. It's potent mix of Stoner, Sludge, Doom, Psych and Grunge that will hopefully gain these guys a wider fan-base.

If you haven't heard II yet then I recommend stop what you're doing and listen to the album now. It's a thrilling and exciting album from the band. You can read my review here.

OOTS – Hi guys. Thanks for doing this interview. How are things with you today? Welcome to the first joint interview between Taste Nation and Outlaws Of The Sun.

Thanks for the invitation, we are very fine, just released our LP and everyone seems to like it. 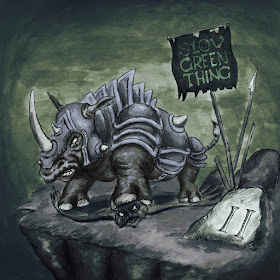 TN - Why the name Slow Green Thing? Any connection with the movie "The Blob"

The name was a crackpot idea – we preferred the name “ooze” because it made the teenage mutant ninja turtles mighty - but 1000 other bands like this name too. “ooze” is a green slime. Once our former bass-player said a little depressed in German: “lasst uns doch einfach langsames, grünes etwas als namen nehmen!” (Let’s take a name with words like slow green something in it). So the quick translation of this monologue is finally our name – SLOW (langsames) GREEN (grün) THING (etwas). …...

What the hell is “The Blob” - a must see movie?

OOTS – You've just released your new album – II. Congratulations on such an awesome album. It seems it's becoming quite a favourite amongst the Doom/Stoner Metal community. Have you been pleased with the response it got so far?

After releasing “I” and the very unexpected, positive reactions all over the stoner-world – we had a little clue what could happen, but the reactions for “II” in this very short time after releasing are overwhelming – no one expected that.

TN - I hear the late Layne Staley of Alice in Chains in your Vocals. Are they an influence?

Yes Sir – Alice in Chains are big in influencing the vocal-style and in some riffing (but riffing is more influenced by hard rock from the 70's) – but actually more the last 2 records without Layne, but I still love the Layne records. But “Black Gives Way To Blue” and “The Devil Put Dinosaurs Here” are great records and even darker than all AiC stuff before. It was the main reason to work with harmonies.

OOTS – For a first time listener. How would you describe your band’s music and what surprises awaits them on your new album – II?

It is always difficult to describe your own music. I think to compare it with other bands makes it easier, or to tell the influences – better a third party describes the music – so what would you say if anyone asks you to define Slow Green Thing? ;)

I guess, the unexpected moments for stoner-doom listener could be the solo guitar that is not a classic doom solo-guitar but more Blackmore-style – the other thing is maybe the singing... so SGT mixes a very lot of influences without sorrows about irritating the listener – because we do it all for us in first place – the result seems to be liked by some more people, too ;) 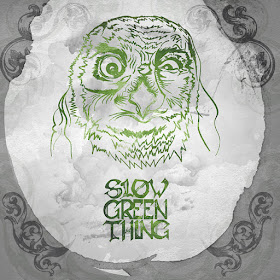 TN - I've noticed you are not signed to a label. Do you prefer the DIY route or are you looking at labels to Partner with?

For “II” we joined FUZZMATAZZ RECORDS and we are very happy with the work of Marek. Without him we would not have done the vinyl.

OOTS – Was it a hard or easy album to write and record for? Looking back would you change anything about II? Or are you happy with the final result?

Song writing is very fast, always – I got some riffing ideas and after 30 minutes with the guys in the rehearsal room, the main framework of the songs is done. It is so much fun with these cool band mates, because it's so easy to make music with'em or it is easy because they are so fine....

For me the record is perfect if you consider the fact time and the money .... of course the sound will never be heavy enough – a production like you can hear from AiC or Monster Magnet is perfect, for me … but for us, everything is fine and we are very proud.

TN - Your favourite band(s) you have shared the stage with?

DOZER (with my old band), GREENLEAF, FARFLUNG, GLOWSUN and on 8th July we will support MONOLORD.

OOTS – What's the song writing dynamic in the group? Is it down to one individual or is it a group collective?

It is a mix – I create the riffing and the vocal base at home. After that in the rehearsal room we fit the stuff together and create the bridges, solos and some other specials and think about the arrangements – in the end every song became a full-band-song.

TN - Are you planning a major Euro tour to support your stellar new album "II?"

No – 3 of 4 have family with very young kids, that and fucking work makes it hard to tour for a longer time – but not to misunderstood – we all love our families and like it very much to spend time with them ;) - work is bullshit, even more… but in the end, we are lazy boys… for me - music would be like work too, if I had to do it too often in row. But I guess 2 weeks of rocking would be OK - I hope you all know what I mean.... but we will see, maybe someday, when people cry for a tour, we will do it. Till now no one asked us for a tour. 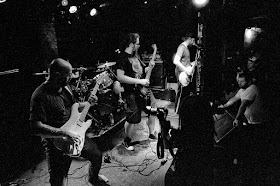 OOTS – You're releasing your album on some lovely looking vinyl. Did you have some label help with that or are you releasing it by yourselves?

FUZZMATAZZ RECORDS. It’s actually a small label in middle Germany with some nice bands, so just have a look at it.

We rocked the Stoned from the Underground in 2014 and would like to play there again. Also every big Stoner/Doom/Hard Rock Festival (like ROCK IM WALD, DESERTFEST, ROADBURN…), where you can find a big music interested crowd, is always interesting for everyone.

What about bands, we would love to play with... that list is actually never ending - let me dream: Black Sabbath will not end up after “the end” and would ask us…

TN - Just so you know, the Dixie Chicks are making a comeback and are touring.

TN - From your touring to date, what Country / City has the hottest girls?? Dresden ;) Actually, we don’t see too much chicks on our gigs or festivals, mostly we meet long haired, drunken and stoned dudes with strange habitants.

OOTS - You're from Germany which has a well-respected and vibrant Sludge/Doom/Stoner Metal scene. What is the scene currently like in Germany? Do you have regular opportunities to play gigs in Dresden or do you have to travel to other areas of Germany to perform regularly? If you could change anything about your local music scene, what would it be and why?

It is awesome to live in Dresden if you like that kind of music, almost every week there is a concert in the neighbourhood. A lot of them are stoner/doom/metal stuff. I really hope it will go on this way. I really enjoy visiting concerts of my favourite bands just 5 minutes away from my home.

And our local scene is fine as well – a lot of talented and nice bands to play with, having fun and some beer. We sure travel to some nice gigs and festivals, but then it’s a bit hard to do it work. There are many factors that should be fine…

TN/OOTS – Well guys thanks for doing this interview. We both thank you for taking the time out in doing this joint interview. All the best with the new album. It's a stunning record which we both rate very highly.

Thank you for the request – interesting questions – it was fun! 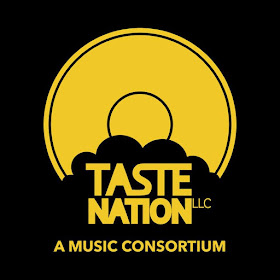