An Interview with Alex from TELEKINETIC YETI

Telekinetic Yeti maybe a band you haven't hard of yet but all that is about to change. As they're about to release their incredible new album – Abominable. Which is due out for release on March 17th 2017 via Sump Pump Records. We will be reviewing that album very soon.

Telekinetic Yeti play a heavy blend of Psych, Sludge, Stoner and Doom. For a duo these guys are one of the heaviest bands I've came across recently. If you're a fan of Sleep, OM and CONAN then you're going to go crazy over this band.

I wanted to find out more about the band and Alex (Guitars) from the band has kindly agreed to this interview.

Hi Alex. How are things with you today.

The band was formed in March of 2015. Anthony and I had known each other for years from playing in some different bands years before. After that last band broke up in early 2010 he had moved out west. When he moved back to the mid-west in 2014 we tried to revive the old band. When that didn't work out with the other members we decided to see what we could do as just 2 people. We got together for a jam session and the first song we wrote was what ended up being the first song on our new album. We were stoked about how things were sounding so we kept with it.

Within 4 months we had our first set written and played our first show. The response right away was really good, people seemed really into it and were telling us they were blown away. Once we started playing our first out of town shows especially, the reactions we were getting were extremely encouraging. We felt like we were onto something.

We entered Flatblack Studios in Lone Tree, Iowa in early 2016. The recording process was spread out over several months because initially we didn't book enough studio time, and the studio was booked solid months in advance.

Fast forward to now, the albums done, our first music video is out, and the album is being released on Sump Pump Records on Vinyl on March 17, 2017. We are self releasing it on CD and digitally. We have 8 album release shows in the mid-west in late March in support of the Album. And we also just started booking a longer tour for June of 2017. 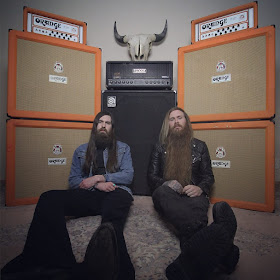 Why did you choose the name – Telekinetic Yeti for your band. Any specific meaning.

We just wanted a name that reflected the way band sounds. The music we were making sounded huge and fuzzy, kind of like a yeti. We thought a Yeti with some sort of occult powers would be cool, when we thought of telekinetic we were sold.

How would you describe your overall sound.

Thunderous, thick, fuzzy, riffy, prehistoric at times. Its a mix of stoner, doom, and rock and roll.

So we are here to talk about your debut album – Abominable. Congrats on a great album. What can people expect from the album.

The album feels like a journey. Each song takes on its own unique mood, we try to not write the same song twice. Wed like to think the album is a good balance of kick ass rock and roll riffing, and also some more moody and colorful stuff. People have mentioned there is an element of unpredictability to it that keeps the listener engaged. 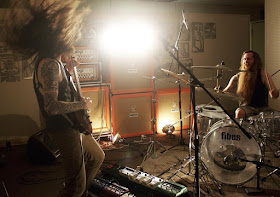 Was it an easy or hard album to write and record for.


Some of the songs came together very quickly, and some took more time. I wouldn't say any of the songs stuck out as being particularly more easy or hard to write or record. Each song presents its own unique challenge. Usually we've had a pattern of writing the first half of the song fairly quickly, then usually a descent amount of time is spent deciding where we want to take the song from the halfway point.

Every song you write could be taken in so many different directions, there really are no rules. We don't always end up using the first part we write, we might write 4 or 5 different parts and choose whichever one we think is the best for the song. Ultimately we pretty much always know when a part or a song is done, and its totally based on how it feels. Does it feel good to play? Does it make you really feel something? That's when we know the part is good.

What is your favourite song off the album and the reasons why. Mine is Colossus.

Honestly we can't pick one, it would be like picking your favorite child. We like them all for different reasons.

Are you anxious what your fans will think of this record.

No. We wrote and recorded the songs that we thought were awesome. We are proud of the collection of songs we recorded and we wouldn't have done it any other way.

Will you be touring this record heavily In the future.

Yes. Be sure to keep on our page for dates when we come to your city.

The album is being released on Sump Pump Records How did that come about.

We played a show with our friends in Druids who had their album release show in Des Moines, IA. Sump Pump Records saw us play for the first time at that show. We hit it off with Dan from Sump Pump, and decided we wanted to release a record together. 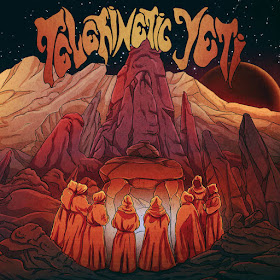 How did the excellent artwork come about. Who designed this and how much input did you have into the overall final design.

The artwork was done by Headbang Design. We gave him feedback and ideas throughout the entire process and we worked off of his art abilities and bounced ideas off of each other.

For a two man group, you're an incredibly loud act. What is your equipment setup to create this sound when recording live or performing in the studio.

For the guitar, I play a 7 string guitar tuned super low, somewhere in between where a bass and a guitar normally sits. And I use super thick strings, some of the thickest strings on my guitar are actually bass strings. The thick strings really beef things up and allow me to have proper string tension with the low tunings. We are then splitting the guitar signal into 2 orange ad140s, and a fender bassman 300 pro, into four 4x12 orange guitar cabinets and a 2x15 ampeg bass cab. At certain points in songs I also use an octave pedal that beefs it up quite a bit.

Anthony has a vintage Fibes acrylic drum kit, similar to the one John Bonham in Led Zeppelin used. They are physically large drums so they are super loud and powerful sounding, and Anthony hits his drums really hard, so the drums sound very big and full. 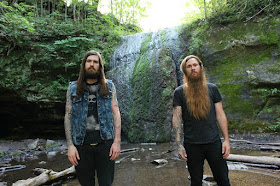 Where can people purchase or listen to your new full length album.


Thanks so much for all your support, it really means the world to us! We hope to see you at a show soon!

Well Alex, thanks for doing this. All the best with the new album.