Solitude and Savagery to be released via APF Records 16th November

Single 'Reawaken' is out NOW 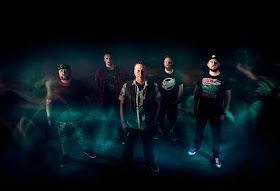 British monsters of heavy groove BARBARIAN HERMIT have announced their debut album Solitude and Savagery will be released via APF Records on November 16th 2018.

The band have released the gargantuan single 'Reawaken' taken from their forthcoming albumSolitude and Savagery which you can listen to here or purchase here. It's also available to be added to your Spotify playlists here.


Playing a heady mix of downtuned, fuzz-laden guitars, the quintet kick out some of the raunchiest riffs in rock draped over elephantine grime and groove on their debut to create a sound that is as irresistibly catchy as it is crushingly heavy.

Comments guitarist Adam Robertshaw: "Solitude and Savagery isn't exactly a concept album but there are themes and recurring motifs that our vocalist Ed has woven through the album's lyrical tapestry, such as the struggle between dark and light, the exploration of one's inner self and the search for truth. This is all tied together nicely with the gnarly artwork by Manchester artist MrHass, which is a depiction of the original hermit, Diogenes of Sinope, a guy who would walk around in broad daylight with a burning lamp and when people would ask what he was doing he'd reply “looking for an honest man".

Working with Chris Fielding at Skyhammer studio was a dream come true for us too. The man is a genius and such a pleasure to work with. His ear is incredible and once he got to know us and what we were about he really got on board, suggesting harmonies or adaptations here and there, which really gave the songs a boost. With anyone else we'd have recorded a good album. With him made a great one. We hope people have as much fun listening to it as we did making it."

Pre-orders for Solitude and Savagery are now available via APF Records here.

The band have been gigging heavily around the UK for the last few years. Recently, playing at big events like HRH festival, Bloodstock Festival and supporting big names like Raging Speedhorn, Dopelord and Crowbar. Their debut self-titled EP came out in early 2016 and received rave reviews from the press and will follow this up with their debut album Solitude and Savagery which is set for release from APF Records in November 2018.

Find out more about the band 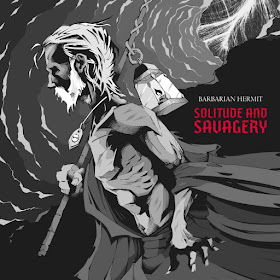