This interview is very different to the others I’ve published over the years on the blog. This is a two-part interview published as one big interview with Aussie Doom-Gazers – SKULLCAVE.

Skullcave have just released their stunning debut album – FEAR. I reviewed this album earlier today which you can read here.

Skullcave’s blend of music is a mixture of Alternative Metal, Grunge, Post-Metal, Sludge, Stoner, Doom and Post-Metal. The band classify themselves as DOOM-GAZE. Though I think there’s much more to the band than that description.

Unfortunately time got in the way as I took most of October off to focus on other things. So apologies to the band for not publishing the review sooner.

So here’s the two-part interview with SKULLCAVE

Hi guys. Thanks for doing this interview. How are things with you today. Congratulations on your new album and single.

Thank you! Things are good.

Can you give a brief history of how the band formed and where it is today.

We formed out of an old band of ours. Jay and I been playing together for about 10 years now. We are a very different band now.

How would you describe the music that Skullcave creates. As there are many different elements and levels to your overall sound.

We use the term doom-gaze. We are definitely a genre-mashing band, which is fun, but I consider us a rock band at the end of the day. It was inevitable for us to go beyond what we were previously doing in our previous bands. I love a challenge, musically speaking & melodies are just as fun as heavy riffs.

Where did you get the name for Skullcave. As it’s a very cool and original sounding name.

We took it from The Phantom, Jay is a big comic/graphic novel/general art enthusiast. So honestly, nothing original about it at all.

You have just released your new single – Fear To Hide – from your forthcoming new album- FEAR. What is the song about and what can people expect from this song.

Lyrically, the song talks about dependence on social media & what it can do to your mind if you spend too much time thinking about it. But musically, it is very progressive in mood and carries you to a few places. There is some big riffs and intense sections, balanced by layered vocals & floating melodies. 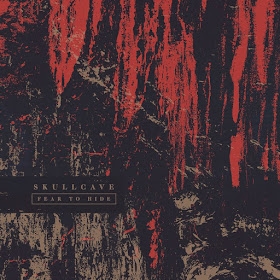 It’s quite a spectacularly heavy and epic song. Does the rest of the album follow the same structure as Fear To Hide.

There are similarities and themes that are cohesive throughout the album but I don’t think any of the songs follow the same structure to be honest. The album is a little bit epic, though.

You have an upcoming gig to celebrate the release of Fear To Hide. What can people expect from that gig if they are in the neighbourhood.

Lots of crap cars parked on the street, loud bands and battle jackets.

Will you be performing any-more gigs to promote the new single or upcoming new album.

We have an album launch in October but not much until then after the single launch.

We have a very active scene & we’re lucky to be a part of it because the bands we play with are really good and also mates. Its hard putting on shows but people still want to do it and some people do them well & people have a great time.

Australia has a well-respected Doom/Sludge/Stoner Metal scene within the international community. Some great bands have released awesome albums over the last few years. Do you take notice on how Australian Heavy Music is perceived on an international scale.

I don’t think I notice that much but some of our friends bands do really well overseas and that is amazing to think about considering where we are in the world. There’s a lot of bands. I mean a LOT of bands in the world, so the fact that anyone is talking about us is a good thing.

What is your own verdict on the Australian Heavy Music scene.

Best of luck with the new single. We’ll catch up again in September when your new album is released. As I have more questions to ask you. So speak then.

Hi guys. Good to hear from you. Been a few months since we last spoken. How are things with you today..

Hey mate! Today was a good day. We shipped all the pre-orders for FEAR out & those people will have records by Monday hopefully! 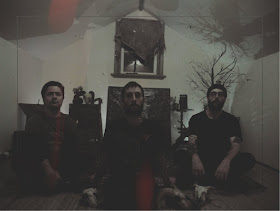 When we last spoke, you had just released your new single – Fear To Hide. What was the reaction like to that single and were you pleased with the overall reaction the single received.

Great response so far. People seemed to get right into the epic vibe and we are stoked with that.

You performed a gig back in June to celebrate the launch of the single. How did that gig go.

It was great, we played new material at a small house party show and it was exactly that.

You’re about to release your new album – FEAR. What can people expect from this album.

Why did you call the album FEAR.

It is such a pure emotion. It can be so huge and real and frequent for some or tiny things that don’t really matter.

What is the main concept of the album.

Fear. All of it. It might be a mild fear of flying or fear of snakes for some but ours came from everywhere all at once. It was very real and shitty 12-18 months for us before and during the album writing process.

It was an easy going environment & a great time but recording is always challenging. Recording so many vocal layers was tough for me to smash out in like two days.

You have a lot of different styles on this album. Doom, Noise, Sludge, Post-Metal, Psych and Prog Rock. How would you class your own music as.

I consider us a rock band at the end of the day, but we like the term doom-gaze, it explains the vibe really well.

When you’re creating new music. What comes first. The music or the lyrics.

What is the songwriting dynamic within the band. Is it a group collective or down to one individual.

Jay starts with blueprints on guitar and then we approach them together in the jam room for ages until we consider it together enough to put vocals on, then I take it home and work on melodies. Generally, speaking.

Who is releasing the album and what formats will the album be released on.

Art As Catharsis on digital and 12”Vinyl LP! 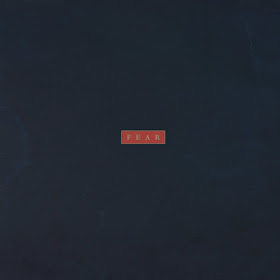 Will you be touring this record heavily in Australia. Or will you be focusing on gigs closer to home.

To be honest, we can’t afford it right now, but when something comes up that is worth it, we’ll know. Hopefully more touring opportunities open up for us next year. It’s incredibly expensive to tour when you are from Perth.

What is your current equipment/setup when recording music and playing live.

We are a three-piece, guitar bass and drums live. I am the lead vocalist and drummer, and we all share back up vocals. There’s no samples or triggers, we like to keep it simple. Although, I like the structure and challenge of playing separately to slightly varied tempos in the studio to create a more layered, produced sound.

Thanks for doing this interview. Before you go do you have any words of wisdom to say to your fans.

You gotta cough to get off.

Words by Steve Howe and SKULLCAVE

FEAR is available to buy on CD/DD/Vinyl now via Art As Catharsis.