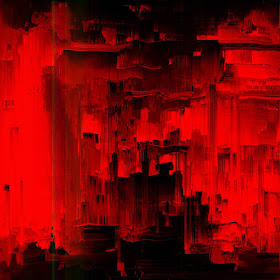 Autoscopy is the new album from Post-Rock/Post-Metal collective Lighteater. This album is a more gloomy and progressive album compared to the other Post-Rock albums I’ve listened to recently. Lighteater are a band who create their own highly surreal and original sound. The album offers a bleak cinematic journey with strands of Ambient Doom allowing Lighteater to match the classic sound that Pelican first demonstrated back in 2003 on their landmark album – Australasia.

Lighteater have created 5 songs that have their own distinctive sound and identity. This allows the songs to sound very different to each other. As you’re treated to different styles of cinematic Post-Rock/Post-Metal but with a haunting Psychedelic and Ambient Rock edge holding everything together.

Autoscopy has the perfect balance of Post Rock and Post-Metal both vying for control of the listener’s mind and soul. This album is blissful, hopeful, peaceful whilst also being destructive, angry, and way out of control on songs such as Steam, Summoner and Riven.

If you’re a fan of Pelican and Russian Circles then you will be in your element here. However, Lighteater, personally speaking, is perhaps more daring and adventurous. With the cinematic themes speaking volumes on many different levels despite the short 32 minutes running time.

You owe it to yourself to listen to this album and become a fan of this great band.