Fuzzorama Records – home to world beating rock of Truckfighters, Deville and Skraeckoedlan – is thrilled to announce the release of Old Gods; the brand-new studio album US trio, Valley of the Sun. 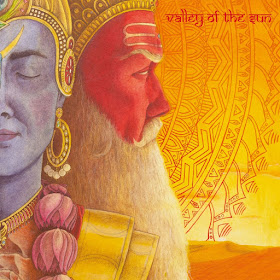 Formed in Cincinnati, OH in 2010, the band instantly established themselves as a force to be reckoned with, thanks to an impressive succession of self-released EPs; the kind that never seem to go unnoticed/unheard for long. Often compared to the likes of Corrosion of Conformity, Alice in Chains and Badmotorfinger-era Soundgarden – the latter due in no small part to singer Ryan Ferrier’s exemplary vocal range – listeners are treated to a sound that runs the gamut of blues, hard rock, grunge and heavy metal; with big riffs, fuzzed out hooks and deep bass grooves.

For the band, whose last release came in 2016 with the impressive Volume Rock, new album Old Gods– their third album on Fuzzorama Records – is a new and exciting concoction expertly packaged and delivered with a raw and unbridled power whether listened to via stage or speaker. In this incarnation, incorporating heady moments of psychedelia and assuming a form unlike anything the band has ever attempted before.

“To me, Old Godsis a meditation on who I once was, who I am now, and who I’d like to become,” explains guitarist/vocalist Ryan Ferrier.

"We try to evolve with each album,” adds drummer Aaron Boyer. “On Old Godswe added some heavier elements, darker tones, and a touch of psychedelia. We tried some things on this record that we've never done before and that made it a lot of fun to make.”

Old Gods by Valley of the Sun is released on 24th May 2019 and can be pre-ordered via Fuzzorama Records HERE. Editions of Old Godswill include gatefold splatter (only sold at live shows and through www.fuzzoramastore.com), gatefold transparent green, gatefold black and CD digipack.

You can check an exclusive premiere of their superb new song OLD GODS from the album of the same name below:


The band have said this about new the new song and video:

Old Gods made sense to use for the first video from the album as it's the title track. We also have an old church in our hometown that has been converted to a music venue, which is one of our favorite places to play, so it followed that it would be a perfect place given the tone and visuals we wanted to convey with the video. We hope you all enjoy!

VALLEY OF THE SUN – TOUR DATES:

VALLEY OF THE SUN:

Thanks to Richard at Sheltered Life PR an Fuzzorama Records for all of the info. 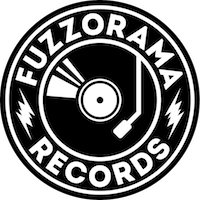