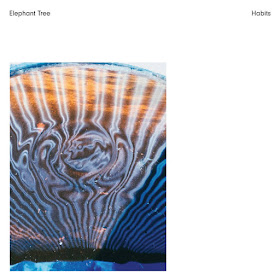 The band have also streamed their new single 'Sails'. View the video here:


The champions of the underground have delivered perhaps their most cohesive record yet, a scintillating blur of prog, stoner, psych, and melodic heavy rock. Opening on a hazy note of foreboding dread on 'Wake.Repeat (Intro)', the band explode into life soon after and rarely let up.

Every aspect of ELEPHANT TREE’s previously established sound has been amplified to 11 and fine-tuned to perfection. Their heavy, driving, grooves hold a more calculated rhythmic swing counterbalanced with leads that hold a soberingly clear gentleness. This is all tied together with vocals that possess a charming hedonism to their timbre, sure to win over legions more fans.

Elements of a heavy Pink Floyd, Melvins, and Deftones all combine with exhilarating effect, cementing the status of this group who have already sold tens of thousands of records and streams into the millions.

The union of sonic density and yearning is captured wonderfully, thanks in no small part to the band's production choice of The Church Studios, famed for the sounds of U2, Nick Cave, The Jesus and Mary Chain and Adele amongst others.

If the sound of Kyuss and Smashing Pumpkins partying with Hunter S. Thompson and Cult Of Luna in an arena sounds like a good time, then this is the album for you. If there's any justice, 2020 will be the year ELEPHANT TREE bloom out of best kept underground secret into a household name.