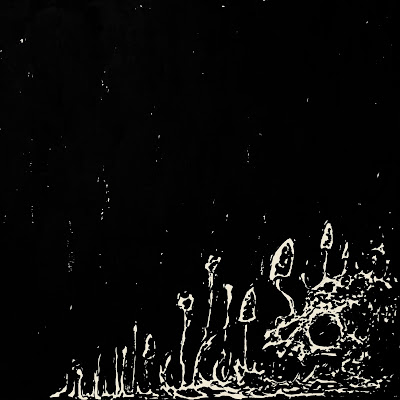 The album is a highly atmospheric style and journey through different elements of Doom Metal and Stoner Metal that show a deep creative flair from the band that evokes memories of bands past and present but still allowing CAVERN DEEP the opportunity to show their own style of heavy music.

You can see and hear for yourself with this exclusive premiere of Waterways from their upcoming debut album.

The band said this about their new video:

"Waterways is the 4th track of our upcoming concept album, the songs synopsis is as follows:

”We lost O'Sullivan and Creedy.. Pulled under by some abominable fiend! There is no end in sight. The ever dripping sounds are amplified by the maze itself.. Miles and miles of rusty pipes and oozing sewers, like some stygian labyrinth.. I've told the men to stick to the walls, no one is henceforth allowed to break the black mirror surface..We already lost too many..”

This live recording was made at our bassist Max studio rehearsal in Umeå."
Cavern Deep debut album will be available to buy from Intersteallar Smoke Records from July 23rd 2021.
Thanks to Keith at Infecting Cells PR for all the promo details.
Links
Official | Facebook | BandCamp