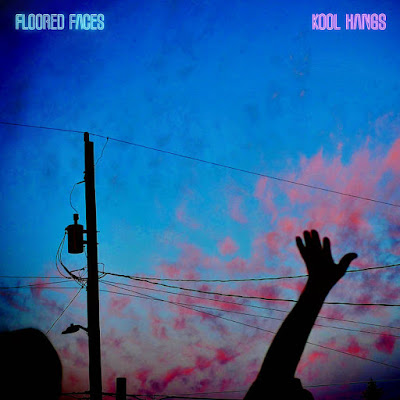 Now You See It

Out Of The Ground

Kool Hangs is the 2nd full length album from Seattle Rockers Floored Faces with the band taking influence from The Melvins, TAD, Monster Magnet and Fu Manchu. Kool Hangs may have a “hip” title but this is low-down seedy Psychedelic Stoner Rock with a Garage Rock style outlook that also sees the band bring a street-level Grunge based vibe.

Maybe the whole feel of the album has the closest comparision to 90s Monster Magnet when they were at the height of their creative powers. Floored Faces tap into that seedy outlook but bring a Fuzz/Garage Rock kaleidoscope of grooves to the mix. The album is quite exciting to listen to at times even if the raw lo-fi vibe does take a couple songs to fully gel. Though, the opening two songs of Shoot The Ground and All Around You both feel like a love letter to the classic riffs of TAD and Monster Magnet. The music is rebellious with a spaced out attitude and quite fast-paced at times.

The production is handled superbly well and offers Floored Faces the chance to impress with almost every song with the music being very diverse. The seedy and fuzz based passages bring an extra level of heaviness with the band moving from one Stoner Rock situaion to the next with songs such as: I’d Be Broke, Now You See It and Into The Ground having a real 90s sounding Alt-Rock identity.

Kool Hangs does sound it was recorded on vintage recording equipment to capture the Garage Rock/Punk Rock spirit of the eras of music heard on this release. I loved the whole seediness of the fast-paced guitars and the lengths of all the songs.

There’s a buoyant upbeat and aggressive element to the lyrics that Floored Faces have written for this album. My favouire part is when Floored Faces bring in a fresh sounding Psychedelic Drone part that does have a FLOOR/TORCHE aspect to it.

The 2nd half of the album is just as warm and engaging as the 1st half with Floored Faces playing the best parts of the album with songs such as: Updended, Out Of The Ground and Bash Machine.

This is such a different album to their 2020 debut album which was a great album itself. However, Floored Faces have created the “winning formula” for themselves on this album. The record just about does everything right with Floored Faces creating such a “KOOL” place for the cool kids, hipsters and old-school Stoner Rock fans to check out and fully get on board with.

Kool Hangs has just gained a place on my “Best Albums Of 2021” list.

Kool Hangs will be released on CD/DD/Vinyl from 12th November 2021.