Catching Up With ELECTRIC AGE - An Interview With Jason Ogle

Jason from NOLA/Sludge/Stoner Metallers – Electric Age – contacted me recently to do an interview where Jason wanted to discuss the band's future plans for 2018 and beyond.

If you don't remember Electric Age, they released a superb album – Sleep Of The Silent King - earlier this year. You can read my review here and a previous interview that I did with the band earlier this year.

Lets see what Electric Age have in store for us in 2018. Read on for more info.

Hi Jason. How are things with you today.

So what have you been upto since the release of your new album earlier this year.

Playing some shows and writing the new album. We slacked off shows a bit after summer to finish the album. It was nice get back in the rehearsal room and just play and have fun. There was a point were we kind of hit a rut by going too hard. Now we have the fire back!! 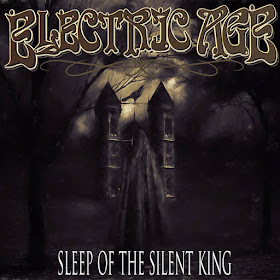 You're about to head into the studio to record some new material. Can you give our readers what will you be recording. Album, EP, Single of some sort.

Yes we hit our friend Kib from 4Mag Nitrous studios on Dec. 2 and couldn't be more excited to get going. It's gonna be a full length but not nearly as long as the last one. This one is more of a straight up rocker.

What can people expect from this record.

Just a heavy rock record. One thing about us is we aren't scared to break out of genres. Although it will be heavy we have two acoustic songs and some interesting things on it. They listener will have to interpret it their own way.

Will it be different from your last album. Can we expect some different sounds.

Well when Sleep Of The Silent King was written I was actually playing guitar. We lost a bass player or 3 and being my natural instrument is bass, I stepped over to it. So the last album was a two guitar concept record. The band now has jelled as a 3 piece and this record will be more stripped down and less orchestrated. It's just 3 guys jamming

When will you be releasing this new record.

We are shooting to be finished recording by Christmas and mixing right after. As far as a release date, we are still working on that stuff. No later than spring I'm sure 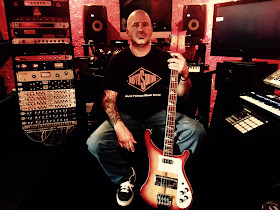 Do you have a title for the record yet?

Well...nobody knows it yet, we have been messing around with artwork and ideas but I'll give you the scoop. The record will be called Painter of Saints and we have some cool artwork stuff we are getting ready.

Will Argonauta Records will be releasing this record. Or will you be releasing it by yourselves or via a different label.

Actually I sent Argonauta some pre-production demos about an hour ago. We just got started with "the business" side of all that. Argonauta is a great label and we have had nothing but positive things happen with Gero and the crew. We are not sure which way we are going yet but we should have all that and release details coming up by the first of the year.

Nothing super special get back out and play some shows and push the new record. We are working on getting a worldwide web store up and we shall see what the new year holds. I wanna do a live record later next year but I'll have to talk the guys into it. Ha!!

Looking back on 2017, what have been your high points and low points as a band.

High was finally getting that last record out after so long. As far as low points we really didn't have any except maybe a little fatigue. We are all such good friends we never have any problems or drama in this band. 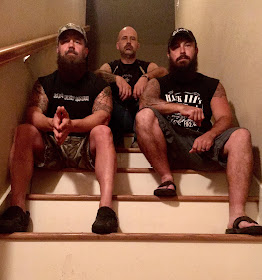 Would you change anything at all in 2017 what happened to Electric Age.

Other than getting a couple of big shows we wanted nope.

What have been your favourite albums of 2017.

The Age Of Truth's new record Threshold has been in constant play lately, everyone check it out. Let me see, Forming The Void-Relic, Paramaya-Love, Fire And Dangerous Things come to mind. I really listen to a lot of older stuff and talk radio.

Thanks for all the support from everyone. I still smile when I see people from all over the world digging our music or messaging us and liking the record. Don't worry the new one will be good!!

Thanks for doing this. All the best with your future endeavours.

Thank you brother!! Anytime and be safe!!