An Interview With RADIANT KNIFE

Progressive Sludge Rockers Radiant Knife will be releasing their epic new album, Science Fiction this month. You can expect a heavy range of different styles such as Prog, Doom, Sludge, Psych and Stoner sounds. There is an element of Avant-Garde style experimentation with their music and that what makes these guys standout from the crowd.

You can read my review of the album here.

I caught up with the band where discussed the making of their new album, the history of the band what influenced them whilst making the album.

Hi guys. Thanks for doing this interview. How are things with you today?

Awesome thanks for having us.

Before we discuss your new album. Can you give a brief overview of how the band formed and where it is today?

Greg and I have known each other for over 20 years through past bands and the tight knit music scene we were birthed from circa mid 90s. I started off in a band called Icepick Revival and Greg in Object at the End of History. Several bands (and years) later, the project i was in at the time (Raedon Kong) was coming to a halt. I still liked the two piece set up so i Emailed Greg and we started jamming. That was about two years ago and we've never looked back.

How would you describe your overall sound. As you have included quite a few different elements of Hard Rock/Metal. Especially on your excellent new album.

Well honestly that's a tough question because our sound changes from one song to the next. I feel our songs have a brooding element but there's also a positive phoenix rising element if that makes sense. I think some of our heaviest songs are the ones with the least distortion and the most clean parts.

A song can be heavy on many different levels and doesn't have to be in your face screaming, distortion, blast beats etc. all the time. Really we just live by the philosophy of having a style of NO style. Meaning, we don't limit ourselves to one particular genre or subgenre of metal/music. Wherever the riff goes we go. We're just along for the ride.

You were originally called Raedon Kong before Radiant Knife. Why did you change your name?

Well in Raedon Kong i was playing with another drummer David Leonard. He rips on the drums and has a very unique, bombastic and jazz influenced style. After our album Critical Paths came out we started jamming less and eventually it was evident we were going separate ways musically speaking. We took a break, but i still was writing constantly and am the type of guy who needs a "riff" outlet. I also built a small recording studio in my backyard and was ready to get back at it. I gave Greg a call and we started jamming.

Our jams were a little more tech influenced at the time so it felt right to just call it a new project rather than carry on the Raedon Kong name. I'm proud of the stuff in Raedon Kong but Radiant Knife is a bit different with Greg's influence/style. 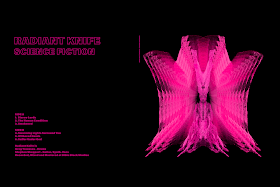 You’re just released your superb new album – Science Fiction. What can people expect from the album.

Really I believe people can expect a journey or a sonic trip so to speak. The material on this album morphs every few minutes and ends very different from how it starts. It starts heavy and ends heavy, but in very different ways.

What is the main theme of the album?

No real theme that runs through this album but i tend to gravitate to the great question of why we exists and what are we? Truly we don't know, and any man who claims to know why we are here is a liar. If you really think about it all we really know is that we exist.

This could be a fucking hologram. Who knows? No one knows. It's the great question, and we won't find out the answer until we fucking die, if that. That theme comes up in "Suffer Under God" and "All we are is all we know", and weaves it's way into some of the other lyrics throughout the album.

What influenced you when writing and recording the album?

Well I'm sure we were influenced by something, but probably mostly intangible and subconscious influences. I always feel like we're just channelling or tapping into a message from the universe with no intent. It's like being guided or influenced by a hidden hand. Whatever that influence is i don't know.

Was recording the album an easy or hard experience?

Hard. Having your own studio is cool because you can take your time, but taking your time can also lead to more problems. Certainly no Metallica moments, but did have some equipment failures and technical difficulties along the way. Luckily it all worked out and in the end came out with a good record.

You’ve been compared to such heavyweights as Mastodon, Torche, High On Fire and Intronaut over the last couple of years. Do you take that as a compliment being compared to those bands. Or do you want people to consider you as Radiant Knife?

Those are all great bands but sometimes i don't see the comparisons. I'm probably more influence by Mahavishnu Orchestra or Zeni Geva and Greg by various artist that range from Jazz to metal, to anything.

Honestly I love Torche for their melodies and probably listen to them more than the others. Leviathan era Mastodon was great. One of my old bands and Greg's as well played with them once and they were amazing at that time but i can't say i listen to them much anymore.

When High on Fire came out i dug them a lot but was always into more avant garde stuff like dazzling killmen or Zeni Geva. I think i had one Intronaut album but never really got into them. 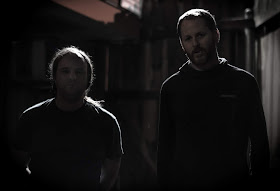 I'd say group. In previous projects I'd write full songs on the couch and then bring them to the band to learn. Jamming with Dave Leonard in Raedon Kong changed that and eventually i started focusing on just free jamming to see what unfolds. A lot of times something more unique comes out, but it does take a bit longer to develop. We still pretty much employ that freestyle method in Radiant Knife.

Will you be performing any gigs or tours to help promote the album?

We have a show coming up in NOLA Aug 18th with Ekumen, Romasa and a few others. It should be a good one. Sep through Oct Greg will be touring with another project but we will be picking up some shows in November.

Do you have and advanced setup when playing live or recording the studio. What is your current musical setup.

Yeah i use a lot of pedals and equipment to fill in our sound. My pedal board splits the signal across a bass rig and a guitar rig. I use a few octavers to add some depth. Everything is midi controlled so i can switch multiple pedals at the same time without tap dancing. Bass rig is an Orange OB1500 or Traynor YBA300 into an Emperor 2x15. Guitar Amp is an Orange Rockerverb MK III into an Emperor 4x12.

I run synth using a Roland PK-5A foot controller that powers an iPhone with a synth app into the PA. Guitars typically an EGC custom, or a Gibson SG Diablo.

Greg has been playing some 1970s premiers that are loud as fuck and can cut through the mix along with some Sonors that are mellow.

At first we sent out our record to a few labels but didn't hear much back. I've been in past bands on several record labels and i never felt they added much value, but also think it would be cool to be on Southern Lord or some weird label. I think we eventually had one or two offers but at that point we were intent on self releasing.

Yeah it's expensive but it's worth it. We wrote the songs, recorded, mixed and mastered the album, and also funded the pressing. We also did the art, videos, etc. It's pretty gratifying to be 100% DIY.

Just thanks for anyone who has actually bought the album or supported us in the past. It helps us make more records and we appreciate that.