Vessel Of Light New Song Premiere With ONE WAY OUT 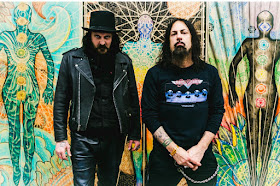 Founded by Dan Lorenzo (Hades, Non-Fiction, The Cursed) and Nathan Opposition (Ancient VVisdom), US-based duo VESSEL OF LIGHT are set to release their highly anticipated debut album on September 21th 2018 with Argonauta Records. 'Woodshed' is the natural follow-up to their critically acclaimed 2017-EP, and features some of the finest Doom Metal with Stoner Rock vibes at its best!

To give a first taste, VESSEL OF LIGHT have now unleashed the stunning track 'One Way Out'.

"One Way Out is one of my favorite songs on Woodshed and although I did two completely separate guitar tracks it's sounding brutal at our rehearsals.“ Band mastermind Dan Lorenzo explains. „Nathan combined his clean voice for the verse and the chorus...he just lets loose. Brutal. One way Out is the only song on Woodshed that features an additional musician. Nathan's brother Michael (from Ancient VVisdom) recorded the wah-wah guitar solo.“

Dive into the heavy sound wall of VESSEL OF LIGHT and check out 'One Way Out' below.

The tracklist of 'Woodshed' reads as follows: 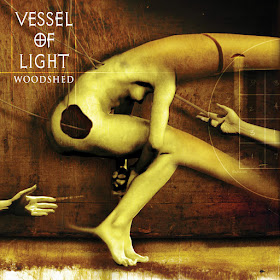 Set for a release on September 21th with Argonauta Records, pre-orders are available at: