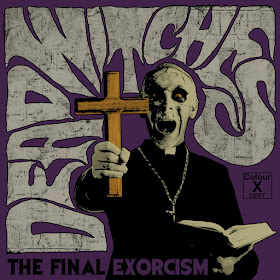 UK Doom Occult Rockers - DEAD WITCHES - which features Mark Greening (Ramesses/former Electric Wizard) within their ranks will be releasing their epic new album - THE FINAL EXORCISM - through Heavy Psych Sounds on Feb 22nd 2019. The album which will be released on the following formats:

Look at the awesome artwork for this album. Shows you a brief glimpse on what to expect from the band. The album is available for pre-order through Heavy Psych Sounds now.

Mark Greening had this say to be about the new single FEAR THE PRIEST:

"Fear The Priest was the last track to be written to complete the album, the idea of the track is a based around demonic possession, good vs evil, the fear the possessed person has towards the priest, its the longest track on the album, the riffs are pure evil and I think it's the perfect track to let people know what to expect from the new album. Happy bloody Halloween." - Mark. 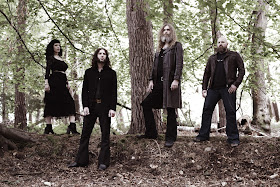 Thanks to Claire at Purple Sage for the song premiere. You can pre-order The Final Exorcism now via Heavy Psych Sounds on Feb 22nd 2019
Outlaws Of The Sun at 15:00
Share
‹
›
Home
View web version