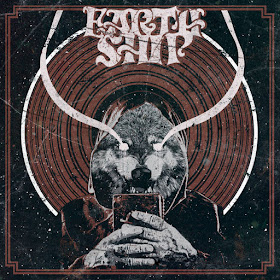 Earth Ship return with their 5th album – Resonant Sun. I’m going to keep this review brief as I’m happy to report that this is Earth Ship’s best album to date. Earth Ship opt for a heavier Psychedelic Sound on this album compared to their previous albums. Though the band still have their stripped back approach heard on their last album.

The band are now back at their spiritual home of Pelagic Records after a brief stay with Napalm Records for their last album. This move feels like it’s rejuvenated the band as Resonant Sun has a more driven sound and even has a sense of fun to it all. Especially when the band decide to experiment with their overall sound.

Resonant Sun sees Earth Ship play a wide range of different Doom/Sludge/Stoner Metal sounds. Some parts of the album feel inspired by TORCHE at times. As the riffs have a similar heavy distorted feel.

Let’s get down to business with the songs. As all 8 songs offer heavy and rich psychedelic Sludge/Stoner riffs that leave you wanting more. Some parts of the album have a slight Alternative Rock/Metal feel but this is still primarily an Earth Ship album.

The best songs on the album are: A Handful Of Flies, Smoke Filled Sky, Resonant Sun, Dormant, Whiplash and the standout song – River Of Salt. The album does have a high amount of bleak progressive moments which has always been a constant factor with Earth Ship through their entire career.

However it’s never sounded this good from Earth Ship or so much FUCKING fun. Overall Resonant Sun is a brilliantly entertaining album that will have you coming back for more.

What more could you possibly want from Earth Ship...

Resonant Sun is available to buy now on CD/DD/Vinyl via Pelagic Records.