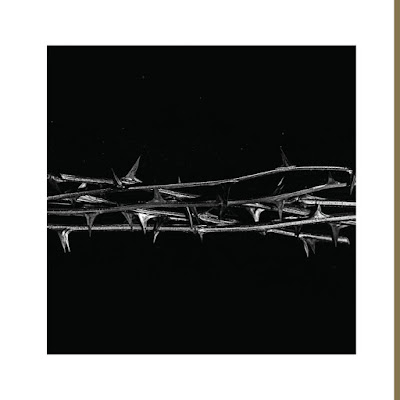 De Doorn is the new album from legendary Post-Metal collective AMENRA and this record feels like a personal and creative rebirth of the band. The band are newly signed Relapse Records and have recruited Oathbreaker member Caro Tanghe to the band as co-lead vocalist. De Doorn is a long way from AMENRA”s critically acclaimed series of MASS album releases with this album being heavier and perhaps more operatic which allows the band to bring a harsher and gloomier style of music. There is still a lot of heavy DOOMED OUT parts on this album with deeply emotional and troubling lyrics that bridge the gap between Doom Metal, Post-Metal, Post-Rock and a lovely blackened HARDCORE feel.

The album consists of 5 tracks running for around 50 minutes in total with AMENRA using their 22 years wealth of experience to great use and perhaps releasing their strongest material in years with Ogentroost and Het Gloren being some of the finest music the band have created. De Doorn is by no means a perfect album but it’s the journey that AMENRA takes the listener upon that makes it such an outstanding record. Sometimes the record is too slow for its own good but it’s the icy cold DOOM based soundscapes with a slow dense Drone sound that send chills down your spine.

I can hear the early influences of Post-Metal godfathers NEUROSIS on certain parts of the album but this still remains an AMENRA record. Sometimes I feel AMENRA’ s contribution to the Post-Metal genre gets genuinely overlooked for bands such as Cult Of Luna and The Ocean Collective but AMENRA deserve their place to be ranked as one of the most consistently original and groundbreaking bands within the scene and De Doom allows AMENRA to prove that over and over again.

The album contains epic Post-Metal grooves that make you think about what you’re currently listening to. The vocals are excellent throughout and are sung in Flemish I believe and I’m happy to be corrected on that.

De Doorn is a departure for the band and may take fans some time to get used to the new stripped back approach that AMENRA have opted for here. The record is quite minimalistic and quite sparse in places but you are treated to some beautifully played Post-Rock sounds with a foreboding sense of DOOM around the corner. When the heavy riffs appear then this sees AMENRA bring a more primal aggression to their music that we haven’t heard before.

The overall result is a phenomenal record from AMENRA that shows how brilliantly wonderful and forward-thinking the Post-Metal genre can really be.

De Doorn is an essential release and an album you need to add to your record collection.

Thanks to Lauren at Rarely Unable for the promo. De Doorn is available to buy now on CD/DD/Vinyl via Relapse Records.